PSSSSTTT… Hey kid. Yeah, you over there. Wanna make some thumbnails? 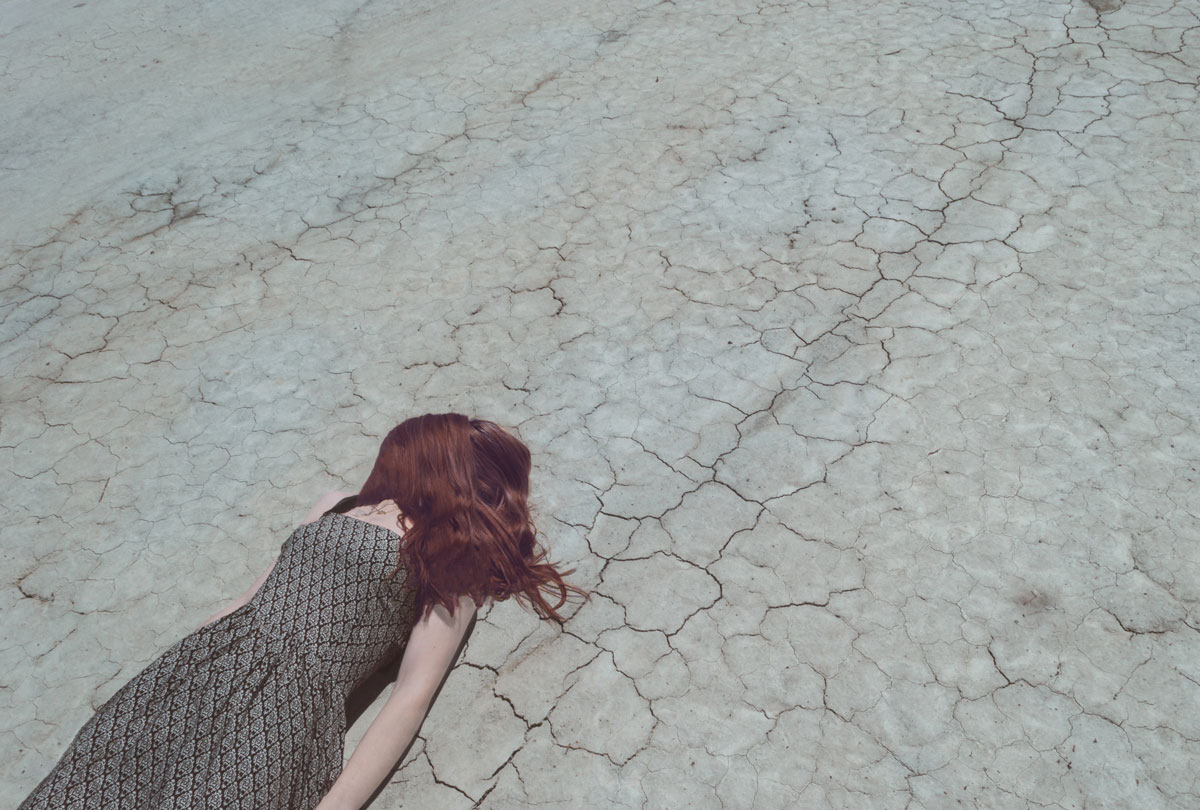 ⬆︎   That image up there is completely unrelated, although you could make a thumbnail of it if you wanted, I guess? No judgements…

What are thumbnails and why do I need to make them?

Barring the obvious jokes about Kenneth from 30 Rock and his reluctance to surrender his precious fingernails, you might wonder what thumbnails have to do with you. Well, say that you have a website and you have a folder full of images to go onto that website. What are you gonna do, put them all up at their original size?

HELL NO you aren’t. You’re not some kind of monster, are you? No, you’re gonna make smaller versions of your precious images so that your visitors can click on the one(s) that they want. Right? Right.

Thumbnails are just smaller versions of a larger image that you’re loading up to save a user from downloading giant images. Or, they can be used in a place where you wouldn’t necessarily want to show a whole image at full size. There’s a lot of reasons to use thumbnails, so I’m not going to try to outline all of them. Ask “The Google” about them if you’re not following at this point.

Things that you probably need to do this:

On a Mac? Don’t have any of this stuff installed already? Check out the script I have in this repo, which will pretty much do everything for you (short of actually creating the images that you want to convert.)

Let’s DO IT already

Now, this whole process is really pretty easy. You don’t need much to make this work. The only reason that I’m putting it here is because someone out there, some day, might be like “Well shit, I need to know how to make thumbnails and I’m not gonna check with those nerds over at Stack Overflow AGAIN. They’ll just make fun of me.” Not me buddy. I feel your pain.

Let’s start with the script itself:

There’s not a whole lot to it, but being a somewhat “novice” at shell scripting (and the ImageMagick docs being ALL over the place), it took me awhile to get to this point. Hopefully what I’ve put together helps make sense of the whole thing.

This is your shebang. It tells the interpreter what kind of program you’re running. In our case, this is a bash script… so we’re specifying whichever bash executable appears in the users $PATH. If you want to use the specific version on your system, put the results of which bash from your terminal in here.

For the sake of this demo, we’re going to assume that you have a folder on your Desktop named Definitely_NOT_Porn. This variable just specifies the directory that has the images in it that we want to process. This is where you can substitute the path to your actual folder. The $HOME part is plopping in your home directory path. Feel free to change or take that out if you’re using the full path to your input directory.

Go ahead and leave off the trailing slash, as it’s already specified in the loop below.

This is a list of filetypes/extensions that you want the loop to process. Case matters here, as if you have a bunch of images with an uppercase .JPG as the filename, you want to specify that here, otherwise they’ll be skipped over. It’s ok to have extensions here that you don’t have filetypes for in your input directory, as the loop will just ignore them if there aren’t any files matching what we’re specifying here.

This is the directory where you want your processed thumbnails to go when the script is done doing it’s thing. (This directory will be created if it doesn’t already exist.)

Here’s where the magic happens. This is a for loop that takes everything in the directory (that we specified in the variables above) and does the thing that we tell it to do (inside of the loop) to each file. Let’s break that down real quick:

Do the ImageMagick stuff 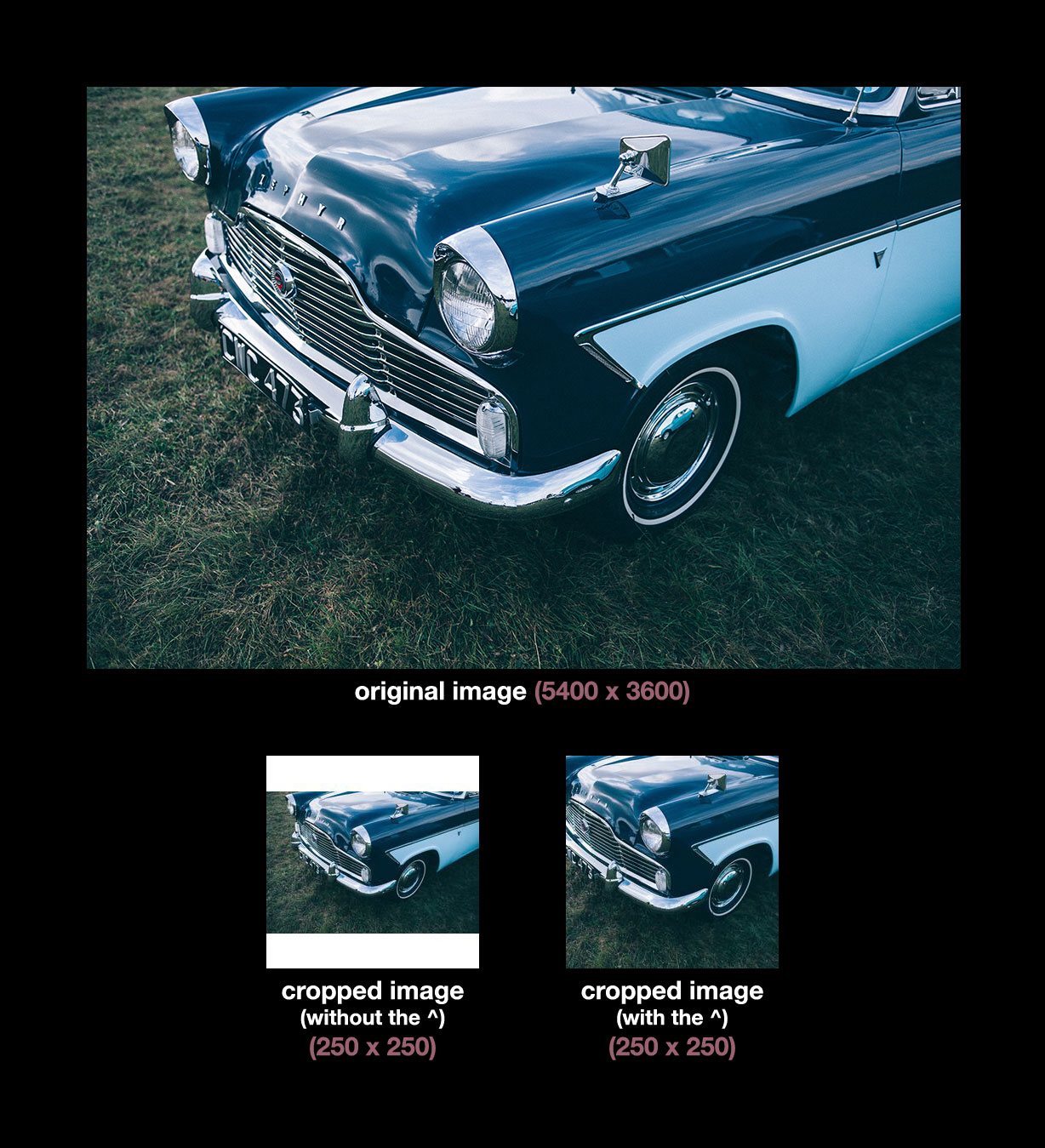 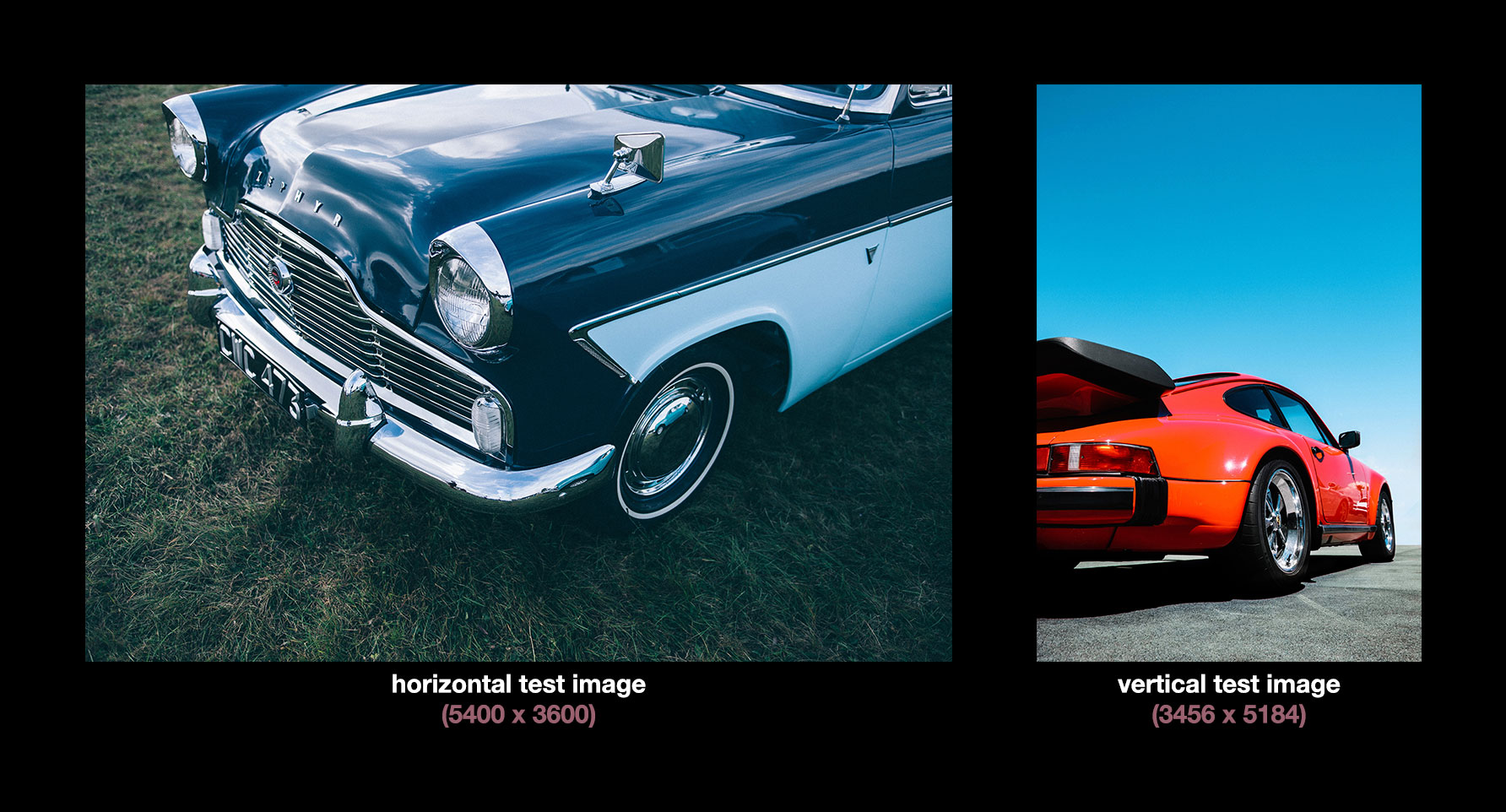 For the sake of testing, I’ve grabbed two images – one horizontal and one vertical. I ran through the various options for the -gravity operator and documented the results below. (I used both -thumbnail 250x250^ and -resize 500x500^ to give an exaggerated demo of how resize/thumbnail works with different ratios and image sizes. This also shows why I choose to set both my -thumbnail and -extent to 250x250^ instead of a larger size.) 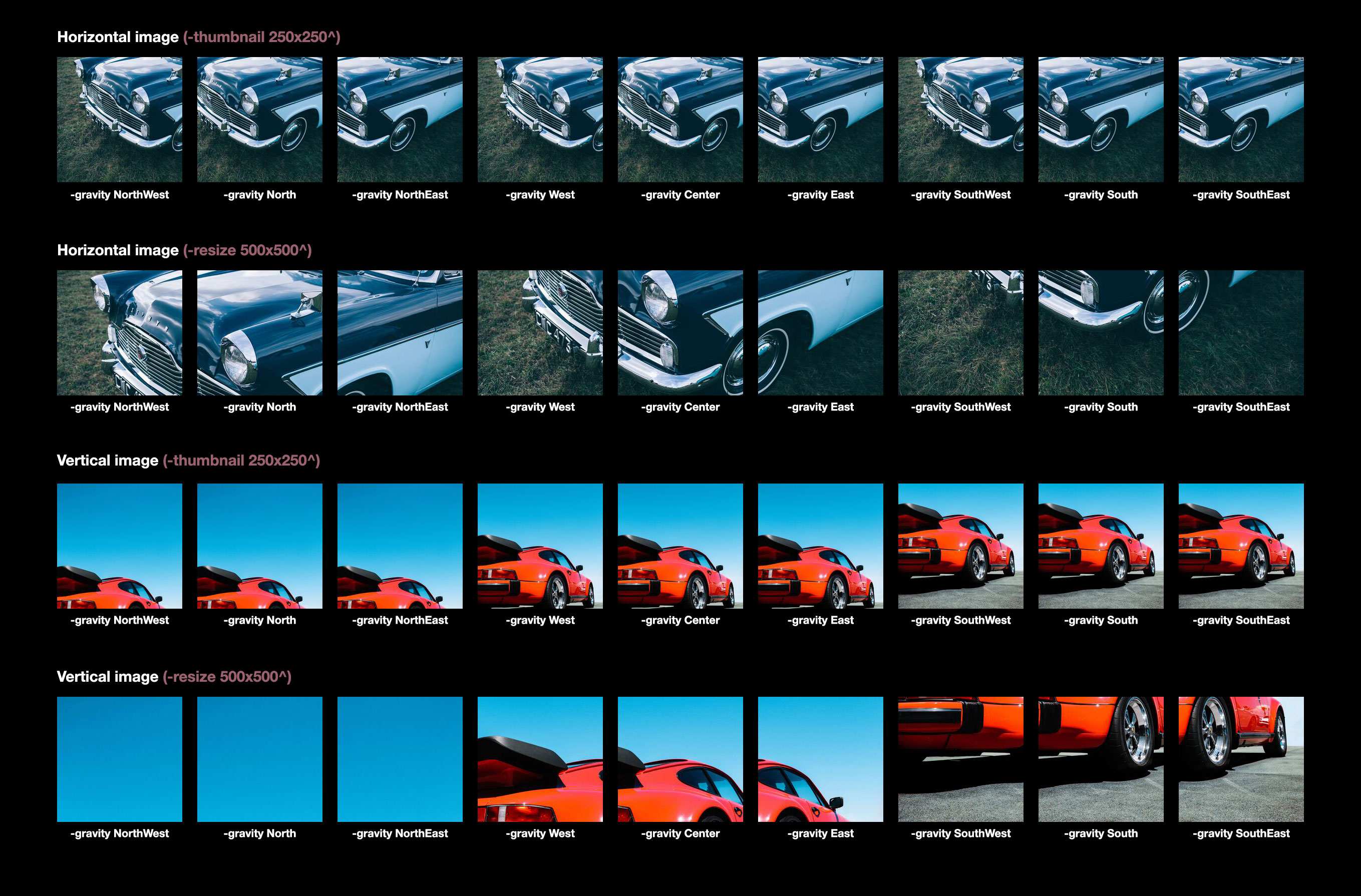 So basically you want to take all of the fun ImageMagick stuff that you learned above and put it together into a file on your computer. So, we’ll need to make the following locally:

I’ll assume that you have neither of these made yet, and are just dumb as a post when it comes to this stuff… That’s fine. Here’s what you do:

Make the file for your script

Once you have the file open in your editor, take the code for the script that I have above, copy it and paste it into the file that you just created/opened. Save the script on your Desktop as mycoolconversion.sh or whatever.

Put all of your images in the folder

At this point, you’ll want to get together all images that you want to process into thumbnails and drop them into the Definitely_NOT_Porn folder on your Desktop.

On the command line, navigate to the folder where you saved your script. Since I’m assuming that you followed along and make it on your Desktop, we’ll change to the Desktop (if we’re not already there) with cd $HOME/Desktop and then we want to have at it with the permissions:

And since you’re already on the command line and ready to go, let’s run the script and process your files!

If you’re stuck or really don’t want to mess with making the script and stuff, you can always grab my version from my utilities repo on Github. The only slight difference in the repo script and the one above is that my repo script is just called go.sh. You can name it whatever stupid thing you want once you download it.

So, remember in the script when we set our output_dir, right? Well, that’s where your new thumbnails should be living their greatest life now. If you didn’t change anything, they’ll be on your Desktop, in a folder called notporn_thumbnails. Open it up and check out your images.

Good. They should be.

Problems? Something all wonky? Did you delete all images on your machine?

Let me know. Seriously. I don’t claim to be the best dude out there at this stuff, but I’ve done it for a bit and I get by. I’m happy to help if you’re having issues or want a pointer on how to setup something a little more complicated based on this script.

I just really wanted to document just how to do this, as it seems like something that I’ve come back to several times over the years. Sure, I could run a batch script in Photoshop, but where’s the fun in that? This way is quicker and once you set it up, you can copy the script and make as many variations as you wanted, expand on it, or even include it in other scripts. Hope it helps in all of your thumbnailing endevors in the future.